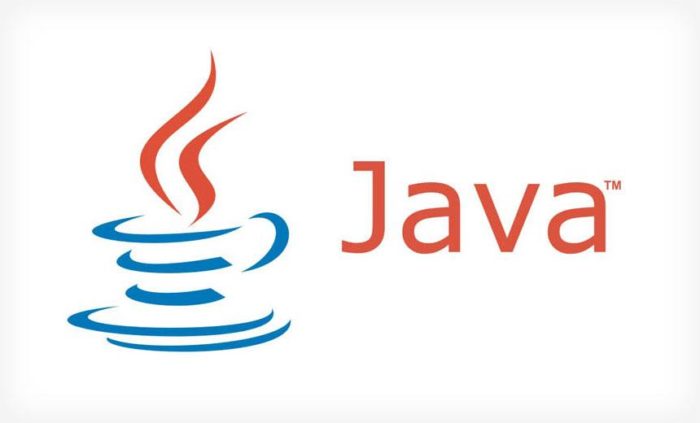 A general-purpose language that’s greatly used for creating desktop as well as mobile apps, Java is still highly popular. Java-built apps are appropriate with almost all major platforms and operating systems as well. The development environment of Java is robust and flexible.

Due to its popularity is a rapid and powerful programming language, it’s used widely by developers for building applications, interactive videos, websites and many more. Java app development continues to be a profitable venture for developers worldwide. Celebrating its 24th birthday this year, it’s one of the most popular and preferred languages ever. It’s the practical choice for the development of Android applications because it could be used for creating extremely functional platforms and programs.

Java does not need a particular hardware infrastructure, has a good security level and could be managed easily. Furthermore, it’s easier to learn Java than other languages. It comes as no surprise then that almost 90 percent of Fortune 500 companies rely on it for their desktop apps and back-end development requirements. Despite its age, Java still is amazingly stable and is in no way headed for retirement. In 2020, it’s one of the most desirable programming languages.

APPLICATIONS YOU CAN CREATE WITH JAVA

1. Sun SPOTs, are built on Java and is an embedded microprocessor. The microprocessors are utilized for different purposes, such as radio communication, sensors, HTTP connections and more. Developers of Java could complete projects requiring specialized embedded system development skills in a seamless manner. It has a huge range of in-built sensors and external devices could be easily integrated into it.

The kit has a couple of free, complete Sun SPOTs and a base Sun SPOT station as well. Additionally, it has all the development tools and cables for creating applications.

2. ThinkFree, is a Microsoft Office alternative, which could run on Linux, Windows, and Mac. In such a way that it’s designed to look and act like Microsoft Office, including ThinkFree Show, ThinkFree Write and ThinkFree Calc, it enables the development, editing and updating of documents. Because it behaves just like Microsoft tools, such as Excel, Word, and PowerPoint, you could save documents in pdf, XSL and .doc formats.

Performing just like Microsoft Office, there is no issue when it comes to editing features. Available for users also include web pages, a free online edition that has 1 GB storage and blogs publishing.

3. JPC, an emulator that’s written purely in Java. A contemporary of the x86 PC emulator, it has complete virtual peripherals. Regardless if it’s a RISC, mobile phone, set-top box or even a refrigerator, the JVN-based apps could safely run. Aside from that, JPC has the stability and security of Java web development.

It helps to create a virtual personal computer. It’s easy to install on any operating system desired in a flexible, versatile and secure way. Moreover, it offers thorough control over the software’s favorite execution environment. It is compatible with any hardware or operating system with high-end security, which makes it the safest solution for running and protecting a device from malicious software.

4.  Tommy Junior Bot, a robot that’s Java-based, which is created on the robotics operating system, MAX.MAX is based on Java’s Sun Microsystems. The single low-cost standard car PC and micro-controllers, developed by Tommy Junior run the MAX robotics platform on top of Java RTS and micro profiles.

MAX issues the robotics and DNA operating system, which leads to a huge drop in commercially affordable and available hardware sensors as well as actuators.

5. jQuery, an open-source JS library popular in Java app development. The library is known for its simple client-side scripting features. jQuery, however, is much more than just a library of Java. It offers Ajax apps, animation capabilities, event management features and a host of plugins as well.

The jQuery syntax is designed for easy navigation of documents. Moreover, the features make it easier for designers to build animations as well as plugins. jQuery helps build powerful web apps and web pages.

6. NASA World Wind is an open-source virtual globe that’s created on the Java platform. NASA World Wind enables zooming from any satellite altitudes to any location on Earth. With its rich 3D, it lets users experience the terrain of the Earth through leveraging the Landsat satellite imagery, together with the Shuttle Radar Topography Mission data. In appearance, it’s very much like Google Earth but written entirely in Java.

7. Flying Saucer, developed on Java XHTML+ CSS. It also offers support not just for running elements, table pagination but for named pages, margin boxes, and others. Currently, it’s working on CSS3 compliance and could be embedded in Swing apps easily.

The Mozilla Rhino is an open-source JS execution that’s completely written in Java as well and embedded to the apps, offering script to end-users. Business organizations hire programmers of Java to combine Applets/JavaFX Script support. Flying Saucer and Rhino for building amazing apps.

There are a lot more scientific apps, IDEs, languages, 3D games that run on Java-based platforms and JVM, or the Java Virtual Machine. Developers are coming up with brilliant ideas continuously to develop apps using Java. What people are developing using Java these days is amazing.

With the J2 EE development ability, as well as other services, the Java programming language offers a new software apps world. Java is immensely widespread and popular that there is no shortage of ways for fascinating and fun work with it. With some digging and creativity, expertise in Java could be your ticket to a profitable and fascinating career in almost any field.