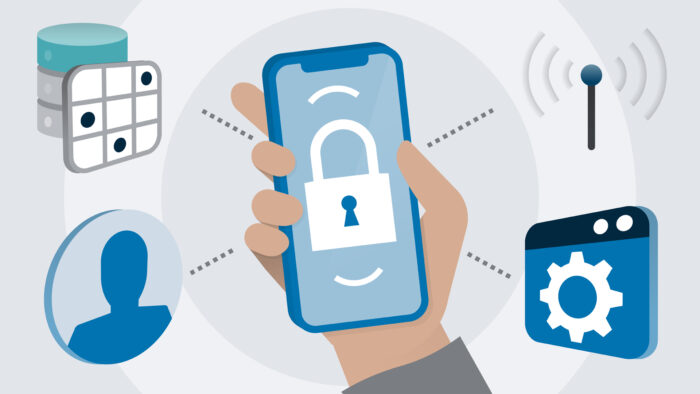 The global mobile device penetration is at an all-time high. The numbers will keep going up too, seeing the kind of freedom and functionality that the world of mobile phones has brought us into.

A smart mobile phone is now a one-in-all tool for many people today. Besides being the entertainment hub where they get to take/ store all their pictures, stream videos, and listen to the best songs, it is also where we keep our most sensitive data and information now.

An average smartphone user will have their bank/ financial apps on the phone. There is also a high chance that they have stored something sensitive in the notes folder, have intimate pictures to protect, and more.

That is more the reason why hackers are targeting mobile users highly these days. The fact that we only have two major operating systems for mobile does not matter here either. Either you are on the Apple or Android train, here are some tips to keep you safe and secure on mobile.

Sideloading apps is a more common issue on Android devices than with iOS units. That is due to the open-source nature of the former operating system.

Simply, sideloading means installing apps and programs from anywhere besides the official app store. The official app store is there for a reason, ensuring all the apps that are published be vetted by in-house engineers. That way, you are protected against malicious codes and will have the erring apps removed.

You do not get this kind of protection when installing from third party websites. For no reason – not even for the benefits of getting cracked versions of apps – should you trust a third-party app store.

When an app or mobile device firmware updates come to your way, download and install them as fast as possible.

The iOS official mailing app once had an issue threatening iPhone/ iPad users’ privacy. This bug would allow hackers to take access of affected phones without the user even doing anything other than having the email; app on their phones. With an update to the app, though, that issue was fixed.

In other instances, we could be facing a system-wide issue. That is why Google sends out monthly security fixes to keep Android units secure against the latest bugs found in the system.

In both cases, installing these updates is the only thing standing between the user and a hacking problem.

Thankfully, there are some apps to help you beef up your security better than you can do manually.

Antivirus software has been here for quite a while that they do not need much introductions anymore. The current crop of them has been optimized to even spot spam links for you, among other things. If you connect your device to external computers a lot or download files over the internet, you will always need antivirus software.

A VPN is another effective security application. Before you download a VPN app, know that they are not just there to switch your location. Thanks to multiple servers in diverse countries, your internet data (when browsing with a VPN) is tunneled so much that it cannot be hijacked by any hacker. Even your ISP no longer has any idea of what you are up to on the network.

Public Wi-Fi networks should be avoided for security reasons. These networks are unencrypted by nature and will expose you to data gathering, snooping, and possible malware attacks. Even free Wi-Fi providers state in their terms and connections that they may collect your internet data. There is no telling the extent of data collection, who they sell such data to, or how it is used.

We would rather not connect to public Wi-Fi networks than find out the hard way what they can do. If you must use one, always layer your connection over a VPN for safety.

Recent installations of both the iOS and Android mobile software have some things in common. The most laudable of those are the permissions that users now have over their apps.

Get into your settings dashboard and revoke certain app access to where they are not needed. Some apps might request permission to your messaging apps, contacts, etc. This would not raise a red flag if they truly need such to work. There are, however, some apps that just need permission to everything for no reason.

Once in the app settings dashboard, look at how you interact with these apps to determine if they should have access to some parts of your data. If they do not, it is time to kick that permission out.

Mobile devices provide us the luxury of unlocking them with our biometrics these days. Just a simple glance (for phones with facial recognition) or fingerprint scanning, and the phones are ready for use.

While that is great, it might have informed a new wave of poor password habits. After all, why focus on a password when the biometrics get the job done?

In other instances, these poor password habits extend to other accounts that we have on the internet/ phone. Note that when a hacker is trying to gain remote access to your phone, they will only need to hack the password – so your biometrics can only keep you so safe. When the hacker meets an extremely easy password, you would have made the work easier for them.

Use online password generators to create strong passwords instead. Never use the same password for more than one account, and never reuse passwords altogether too. In light of that, it might be difficult to remember all of those secure passwords. Preventing password fatigue is as easy as installing a password manager to keep all of your passwords safe and secure.